Najmieh Batmaglij is known to many as the Queen of Persian Cooking. She opened up many to the cooking of her native Iran, a rice dish called Jeweled Rice, to be particular, or Javaher Polow. 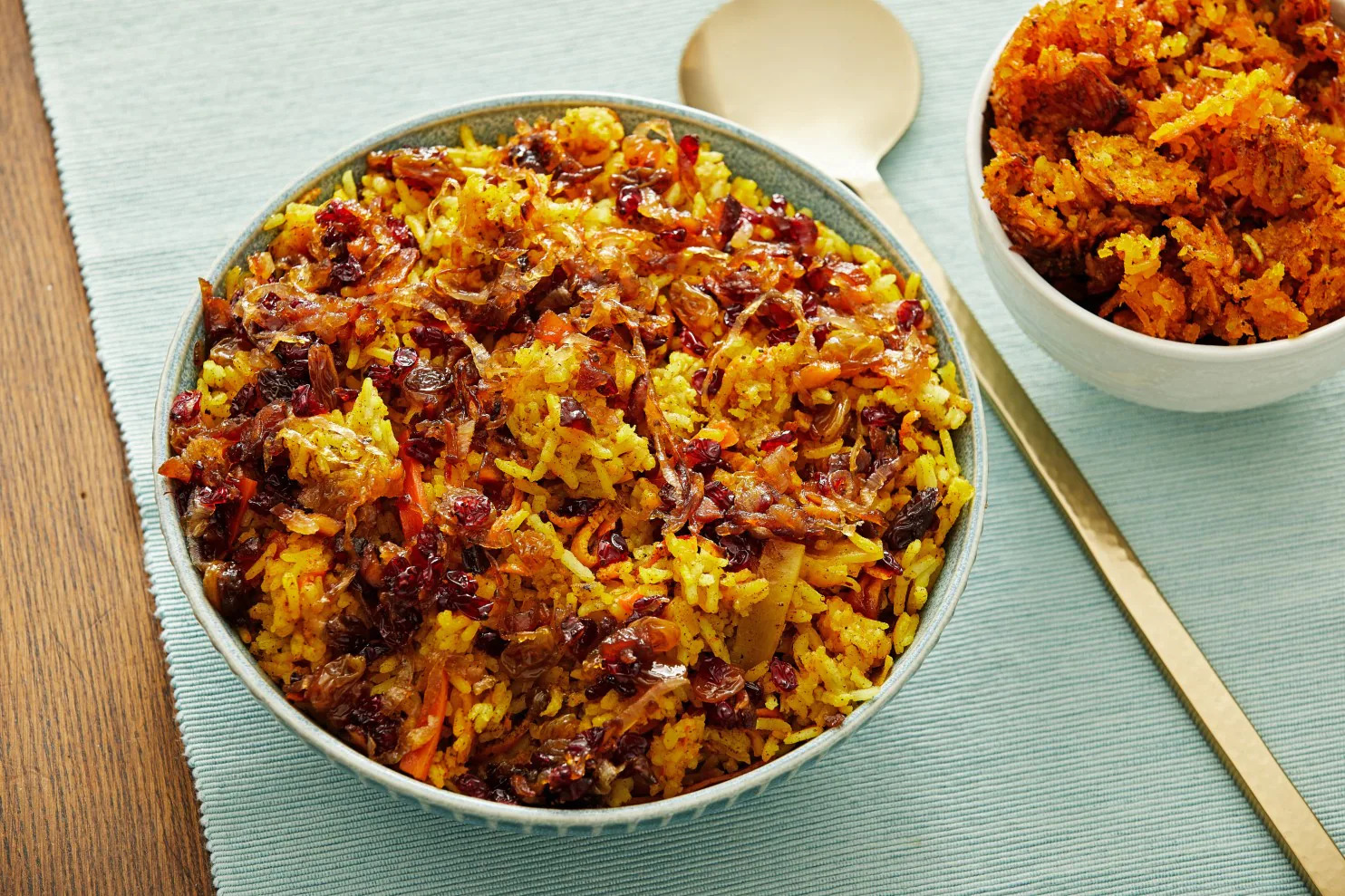 If you take the first bite of this rice dish, you feel like you could almost cry from a new overload on fragrance, balance, flavor, and a notable infusion of love in the grains, strands of candied orange peel, and tart little barberries.

Jeweled rice is usually given at wedding ceremonies and is named because of its gemstone colors – saffron, carrots, and orange peel produce gold, barberries produce rubies, pistachios produce emeralds, and almonds produce pearls.

Rice is an important and ancient staple of current Iranian cuisine; however, the types grown in Iran are difficult to get in the West. We can get close by using basmati rice or, in a pinch, other long-grain rice kinds. Basmati is lovely because it fills the house with the aroma of flowers while it cooks.

Barberries are little red fruits that were once widely utilized in European cuisine but are now exclusively found in Iranian cuisine. You can order them from Sadaf online or locate them in various Middle Eastern supermarkets. 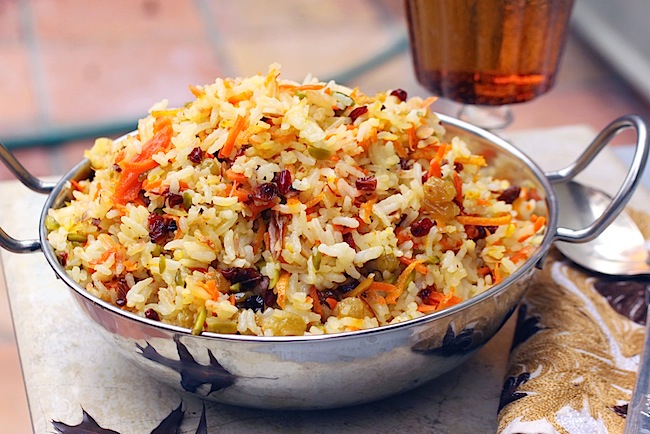 This recipe is derived by Najmieh’s, with part of the oil and sugar removed for a lighter version of what is generally a sumptuous dish, both in terms of ingredients and preparation time. Unless you can prep your ingredients ahead of time, it’s not a dish you can expect to whip up after work and have dinner on the table at a reasonable hour.

The Ingredients of Najmieh’s Jeweled Rice

Ayam Begana – A Scrumptious and Simple Recipe From Cocos Islands

If you’re looking for new ways to make chicken fun and exciting, this recipe is for you. ...

When you live in a small place, you're likely to have cramped kitchen islands, drawer, and counter ...

The NYC skyline is known throughout the world for its considerable scale and beauty. Both locals ...